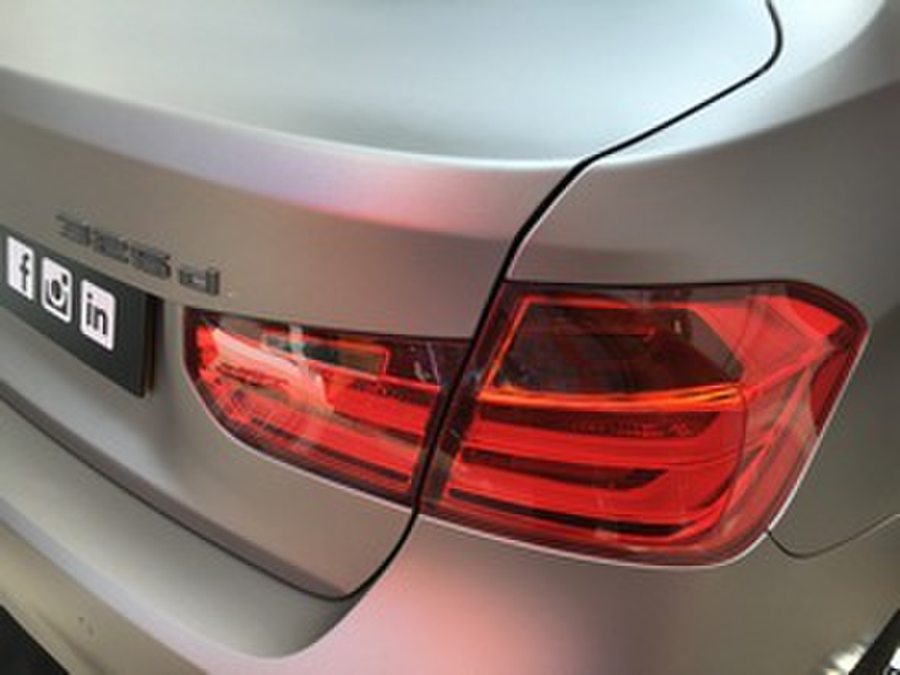 Outstanding Conformability Without Cutting and Inlays

The new Wrap Film Series 1380 from 3M is available in 14 colours and has been constructed with an additional white layer, increasing the opacity to improve the colour brilliance and prevent the substrate colour from showing through. A durable transparent top coat gives added protection and resistance against the weather and scratches whilst enhancing the overall appearance.

3M innovative Controltac Technology enables the film to be repositioned on the substrate until the exact position is achieved, and once firm pressure is applied, an instant bond is formed. The film also incorporates Comply Adhesive Technology from 3M which comprises of a network of microstructure air channels that allow air to be dispersed from underneath the film, for a quick and easy application and a bubble-free, smooth finish.

Signwrite Studios have been using 3M Wrap film Series 1380 for full wraps, roof wraps and detailing on cars and vans. Ben Locke comments "We decided to trial the material on William Smith’s recommendation and we really like it. It’s very easy to use and the stretch is amazing. Compared with 3M 1080 Series, 1380 went on much better and its stretch makes it a little more hard-wearing when stretching into crevices and over bumpers."

3M Wrap Film Series 1380 is available from William Smith ex-stock, as full, part or custom slit rolls and same day despatch is provided on full or part roll orders received up to 6.00pm

A 3D conformable coloured film for vehicle wraps with optimized initial low tack adhesive for even easier and efficient application. To be used on the most severe recessed areas of a vehicle, without the need for cutting.

Combining Controltac and Comply air-release adhesive features for ultimate repositionability and air release. Available in a range of gloss, matt and metallic colours.

View product
Back to Latest news