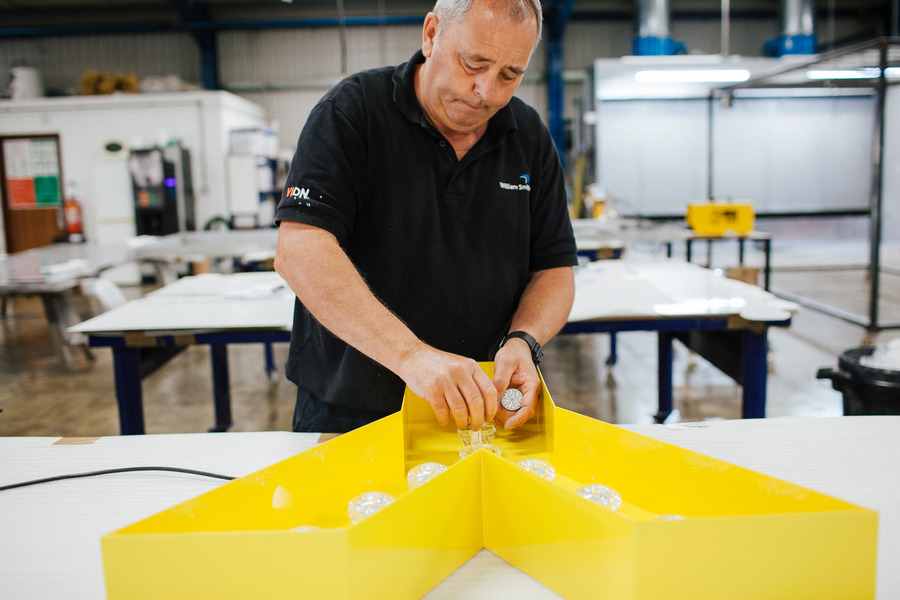 One Minute with Trev

One of our longest serving team members, Trev Goodfellow, is sadly retiring, but before he does we decided to give him one more moment in the spotlight to share his thoughts on his career and time at the company.

When and how did you first join the company?

I first joined 34 years ago in 1987. My good pal Tim Hudson, who retired himself a couple of years ago, put a good word in for me.

What roles have you had at William Smith over the years?

Where to start, I’ve had plenty of the years. My first job was dipping aluminium plates into acid so that they could be spray painted, way back when that was a thing.

I’ve also worked in the material warehouse slitting vinyl manually, now we have some state-of-the-art equipment which makes it easier for the lads.

After slitting vinyl, I moved back to the signmaking department, fabricating both traffic and commercial signage.

And lastly, in the last year or two I’ve been out delivering the very signs I once made, dropping them off up and down the country. 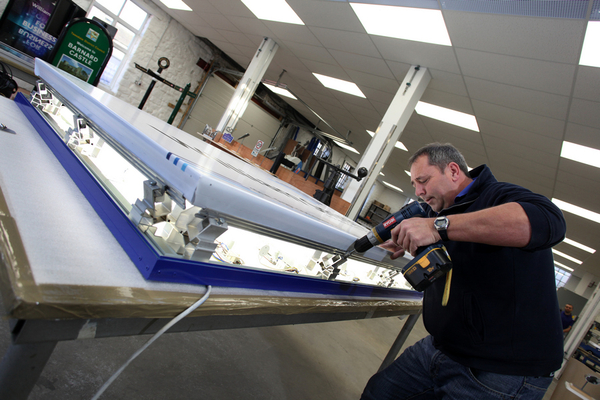 What has been your favourite role?

It’s got to be working as a member of the Smith team, fabricating commercial signage products.

It throws up different challenges every day and you’re always learning new things as no two jobs are ever the same. Monday you might be wiring up a set of Built-Up Letters, and Tuesday you might be fitting a post and panel system together. 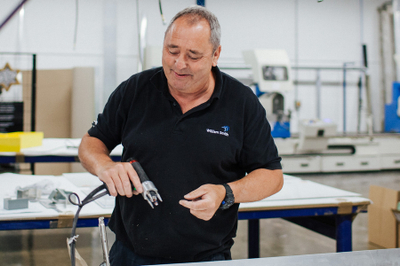 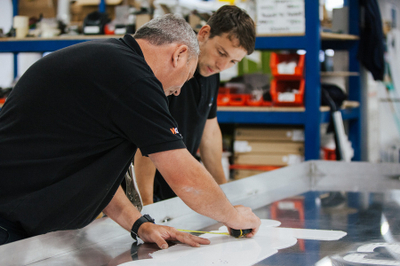 How has the business changed since you first joined?

It’s changed a lot over the years, it’s unrecognisable from what it once did to what it does now. When I first started, we made traffic signs and supplied vinyl cut graphics.

In addition to the signage there’s also the Chevron Kits and material supply. Back in 1987 we didn’t have the material warehouse just outside of Barney.

What is the most unusual item you have had to fabricate?

I’d actually have to say the most unusual item I had to fabricate is not a customer’s signage project, it’s one of the exhibition stands the company has used for trade shows. The business is very fortunate as the fabrication lads have such a varied skill set and can help with company projects which fall outside the scope of signage.

You might have seen some of our exhibition stands over the years, they’re usually very eye-catching.

What is the most difficult sign you have had to fabricate and why?

We once had to fabricate a large and complex sign system which was going to be installed at Alton Towers. It was themed around Charlie and the Chocolate Factory.

The sign was made up of several different layers, with an aluminium panel being fixed to a framing system which was mounted to the front of a building. On the face of the sign it featured digitally printed graphics and flat cut letters on stand-off locators.

How did you find a solution to the problem? (related to the question above)

Teamwork. Teamwork is always the best way to find a solution to your challenges. Smiths has always had a good bunch of lads who are experienced and able to think outside of the box. For this particular project we gathered together and plenty of ideas were put forward in order to get the job done in the best possible way.

Best moment at the company?

I’ve had many but if I had to choose it would be becoming second in command to the fabrication supervisor, Tim Hudson. It felt like recognition for the all the skills and knowledge I had picked up over the years.

Funniest moment at the company?

I’ve had plenty over the years with the lads but if I reveal too much they might incriminate me. So, I’ll just say we’ve had some great moments on the annual company bike ride and golf days.

What are your plans for retirement?

I won’t be bored and twiddling my thumbs that is for sure. I’m constantly working in the garden, maintaining it for the summer so we can enjoy a drink in the sunshine. There’s plenty of decorating to be doing and I’ll be upcycling old furniture as a side project, no idea how that will work out yet.

To relax I’ll be doing plenty of walking up in The Dales and The Lakes. I’ll be watching plenty of Newcastle United also, although I am not sure if that can be described as relaxing.

Sum up your time at the company in one word…