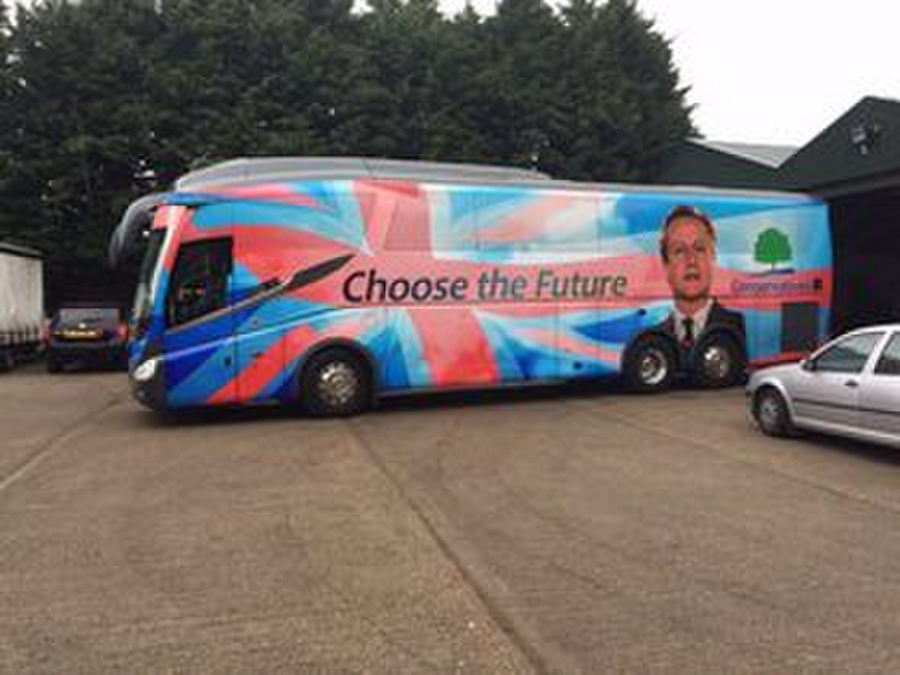 When VISG was asked to create full vehicle wraps for the four ‘battle buses’ that featured in Channel 4’s Ballot Monkeys political comedy series in the run-up to the recent General Election, the company turned to William Smith for advice.

Which Vinyl Is The Best For Temporary Vehicle Wraps

“The project came to us via one of our regular customers, Guideline Coaches London, for whom we sign-write the England football team coach, as well as domestic vehicles. They had been approached by Hat Trick Productions who commissioned the programme,” explains VISG director Alan Pattison.

VISG needed to turn the job around in three days, including removal of existing graphics and application of the wraps.

“We took the recommendation of William Smith’s technical sales rep who advised that 3M IJ25 digital print film and 30 Series coloured film would be perfect for this application,” Mr. Pattison continues. “However, as we were working to a tight budget, and as it was only a very short-term event, we decided that no laminate would be applied to the IJ25 series.”

Why William Smith Was VISG's Chosen Supplier For The Job

“The performance of both materials was excellent. The 3M brand’s products are worth their weight in gold to us; I know that once applied I will not be getting any come-backs. Over the past few years dealing with William Smith, there have been no issues of material failure or inconsistencies.”

3M 30 Series is a three to five year monomeric calendered coloured opaque vinyl with a clear, removable, pressure sensitive adhesive. It is available in a range of 39 gloss and 35 matt colours and is suitable for a wide range of signing and marking applications.

“We purchased from William Smith on this occasion, as on many others, purely on the strength of their knowledge base. I never feel the need for a second opinion or to question their recommendation. I find that they are unique in this field,” adds Mr. Pattison.

“My relationship with William Smith is unquestionable—no problems, no complaints, and the knowledge of the staff’s unique. Whoever I talk to always has the resources to give an immediate answer. In my opinion, there is only a handful of companies in the UK that can offer this,” he concludes.