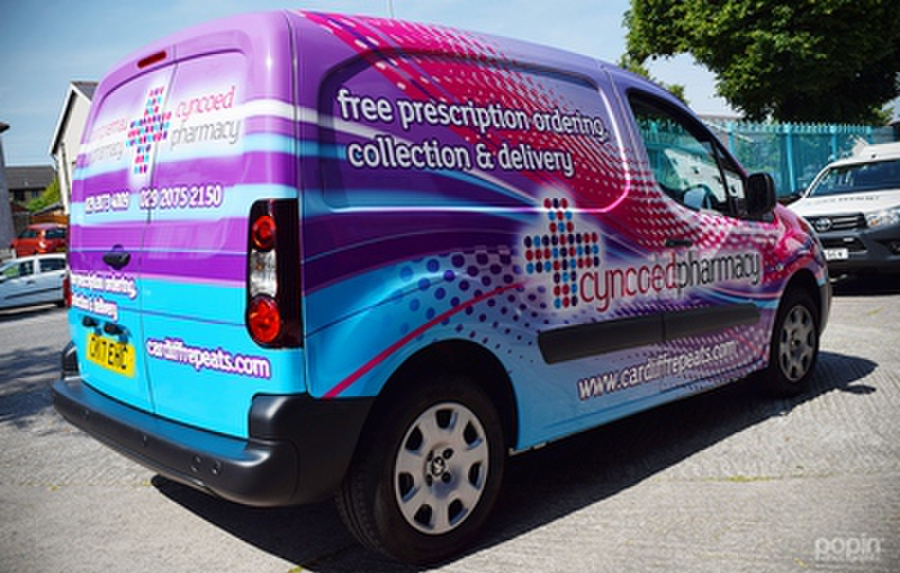 Vehicle Wrapping Made Easy With 3M

3M Print Wrap Film IJ180mC is a range of premium cast 50 micron wrapping films suitable for applications on to flat, curved and corrugated surfaces with or without rivets.

Suitable for most vehicles, it’s become a firm favourite within the industry, with Cardiff-based PopIn Vehicle Graphics one of the companies to sing its praises.

The company orders 3M IJ180mC from our warehouse as it considers this the best wrap film on the market because it’s easy to apply, gives a smooth result, and offers peace of mind because of its hard-wearing properties.

Craig, from PopIn Vehicle Graphics, said: “The speed of application really helps us cut down on labour hours, and the main benefit for us is the ability to reposition the graphics, meaning we can knock out a wrap in a day.”

IJ180mC, from 3M, is a wrappable film that can be used on interior walls, on stainless steel, exterior signs, and on vehicles including haulage fleets, recreational vehicles and boats. As one of our flagship products, Craig agrees 3M’s recent improvements have made it even more flexible, with more options and the firm’s trademark ComplyTM Adhesive - now with micro-technology.

Why Choose William Smith Over Other Vinyl Film Providers?

Having worked alongside us for five years, Craig says there’s no other supplier he’d rather deal with.

“William Smith is a very good company. The staff are very knowledgeable and if you have any issues, with faulty products, although this doesn’t happen often, they’re very helpful and proactive; there’s no hassle, he said.”

“The team at William Smith treats us exactly the same now as when we started working with them five years ago. Dealing with them is hassle free and they’re reliable, which saves us money.”