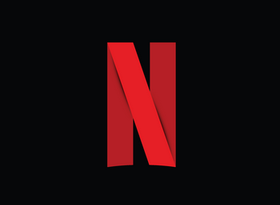 Being on lockdown is far from ideal, however, it means most of us have plenty of spare time on our hands and binge-watching the latest TV series or films seems like an obvious way to escape from all the doom and gloom.

So, with that in mind, we thought we’d share our top 4 binge-worthy picks

An American crime drama starring Jason Bateman as Marty Byrd, a financial planner and money maestro who finds himself entangled in a money-laundering scheme with a Mexican drug cartel. Relocating his family from the suburbs of Chicago to the tranquil, yet eerie summer resort of the Ozarks he is challenged with adapting to his new surroundings whilst ensuring the numbers still add up for his new business associates.

The clue is in the title, it is pure madness. This jaw-dropping documentary series is what everyone is talking about. It follows the story of Joe Exotic (no that is not his real name), a flamboyant and eccentric character, who is seen as America’s most prolific breeder of tigers and owner of the country’s largest exotic animal park. It’s so bizarre it even features a murder-for-hire plot.

You’ve got to watch it to believe it.

Sunderland Til’ I Die

Whether you’re a Sunderland, Newcastle or Liverpool fan you’ll enjoy this one. The first series was a massive success and people have been clamming for a second ever since. Now it is here!

This sporting documentary series goes behind the scenes following the day-to-day running of the club. The highs and lows ebb and flow, from relegation to the third tier of English football to a day out at Wembley. If you like your sport, you’ll be gripped.

A British thriller that sees a suburban family’s seemingly perfect life turned upside down when a mysterious woman turns up out of nowhere and reveals the secrets and lies they’ve been living. With no apparent motive or agenda, lead actor Richard Armitage embarks on a desperate attempt to find out answers.