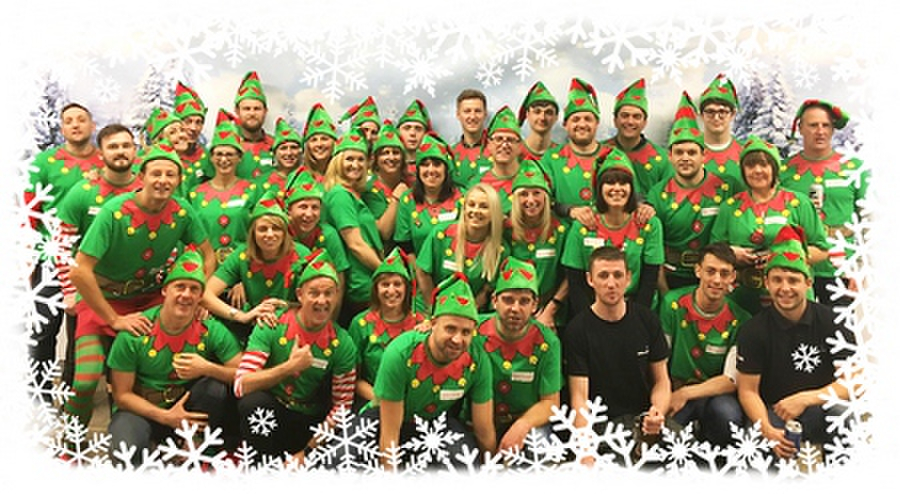 Elves were spotted in William Smith Group 1832’s offices throughout the festive season!

Choosing A Charity To Donate Money Raised From Elf Dress Up

To end the year on a high, the team dressed up as Santa’s helpers to raise money for UK children’s charity, Together for Short Lives.

The leading charity, together with its members, speaks out for children and young people who are expected to have short lives. The organisation helps these children and their families lead as fulfilling lives as possible and the very best end of life care.

Other Charities William Smith Have Supported In 2018

We are thrilled to say we managed to raise an incredible £330 for the charity, which we hope will contribute to creating precious memories for children and their families in 2018.

In 2017 the team supported a number of charities, in a quest to give back to the community.

Earlier in the year five members of our Smith team took part in the Yorkshire Three Peaks Challenge, a gruelling 24 mile walk which was completed in an astonishing 8 hours 42 minutes!

They raised a total of £1125 which was distributed between Barnard Castle FC and The Campaign Against Living Miserably (CALM), a charity dedicated to preventing male suicide.

Overall the team has had a fantastic year and we are looking forward to doing our bit to help more charities in 2018.