Vinyled To Perfection, an interior vinyl wrapping installation company from Poole have helped a local, large Hair Salon get ready for their second reopening in 12 months with a sparkling transformation of their Salon and treatment area, with the help of Cover Styl’ architectural finishes.

The challenge the team at Vinyled To Perfection had was that their client was looking to refurbish a number of areas within their Salon. This included; all shelves within the individual work stations, kitchen area, reception desk, toilets, client waiting area surfaces, cupboards, back splashes, as well as the brand new treatment room to boot. Not only was the job a big one, the client needed a material which could stand up to the daily traffic a Hair Salon would endure, but not only that, the client needed a material which could meet the design requirements too! There was only one answer. Architectural Film. 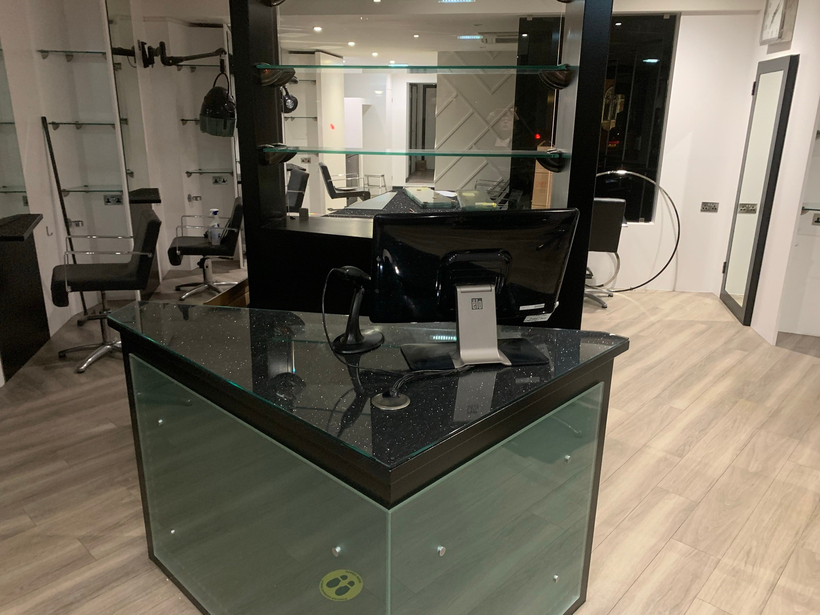 ‘’The customer had recently taken over ownership of a salon she had worked in for over 10 years and wanted to put her own stamp on proceedings. She had an image in her head and I helped bring that to reality. Already sold on the concept of architectural film, we decided on Cover Styl Disco Black for the shelving in each workstation and Avery Supreme Satin Black on all the cupboards, workstations and back splashes as this would give the perfect look the owner had imagined. Both of these gave great durability in high traffic areas and fantastic aesthetics which were very important.’’ Said Selina McAllister, Owner of Vinyled To Perfection

‘’We did however encounter a problem due to the texture of the Disco Black being close to a sandpaper texture and then coupled with the need for regular cleaning within the salon we had to think of a way to protect the film and to allow cleaning. All was solved though by having a new thinner glass shelf overlay made to go over the Disco Black. The owner was so pleased with the work she asked if I could work my magic hands on the Treatment Room which of course I happily said ‘Yes!’. She suggested a wood effect film to be applied to the shelving and we decided on F5 from the Cover Styl’ range, which is a very nice Oak look. This film is amazing! Looks just like real wood and very, very tough to withstand the harshest of tasks.’’ 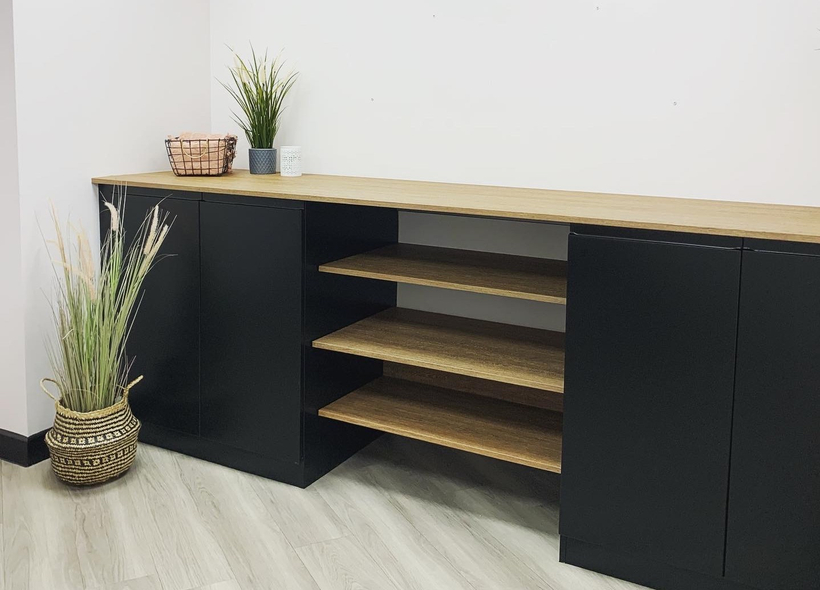 Selina added; ‘’The application wasn’t without its challenges though. Due to the texture of the Disco Black film it was almost impossible to squeegee but after shredding a squeegee, which might I add made absolutely no effect to the film, I then turned to a rubber style which was much better.  The F5 was a brilliant film to use, super simple to apply, and with Cover Styl Primer the adhesion was incredible.’’

This project encapsulates the utilisation of Architectural Finishes’ in the interior environment perfectly. First up, the array of surfaces the product has been used on really does show the products flexibility and adherence to a whole host of substrates. The flexibility doesn’t stop there either, the 1000+ architectural finishes William Smith has really come to the floor in this project, with Selina easily being able to meet the design requirements her client had. Let’s not forget about the durability either! The toughness of this product makes it suitable for a high-traffic environment like a Hair Salon, a truly complete refurbishment solution. 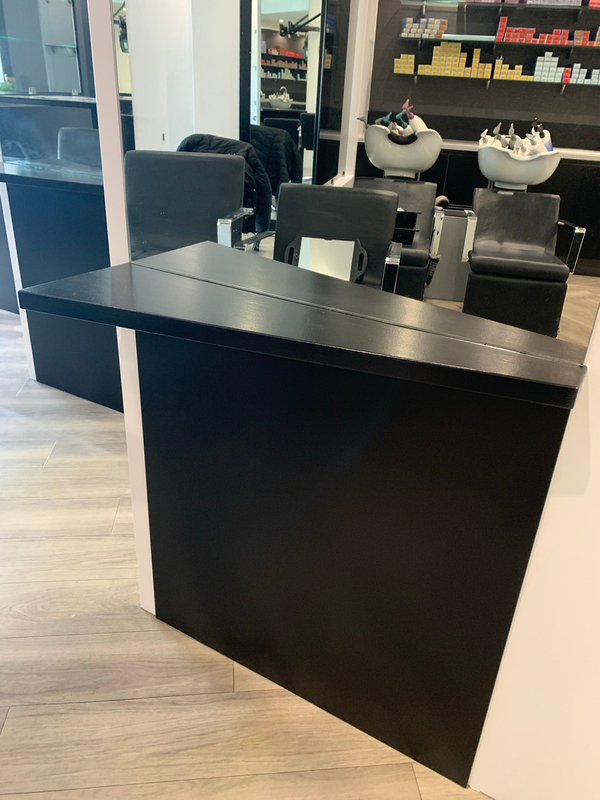 ‘’I would 100% recommend William Smith Group 1832. They have fantastic products and have good prices, offering a service I haven’t seen anywhere else. The knowledge they provide is ever so helpful too, and we look forward to continuing working with the company in the future.’’

Cover Styl’ architectural finishes design offering is truly unlimited. With 800+ patterns at your fingertips, and over 450 of those are stocked locally by William Smith Group 1832, accessible by the metre and for next day delivery. Whatever the design requirement, William Smith can cater for all of your needs.