Be inspired by learning about new ways in which you can support and drive your business forward by keeping up to date with the latest news and blogs from William Smith. 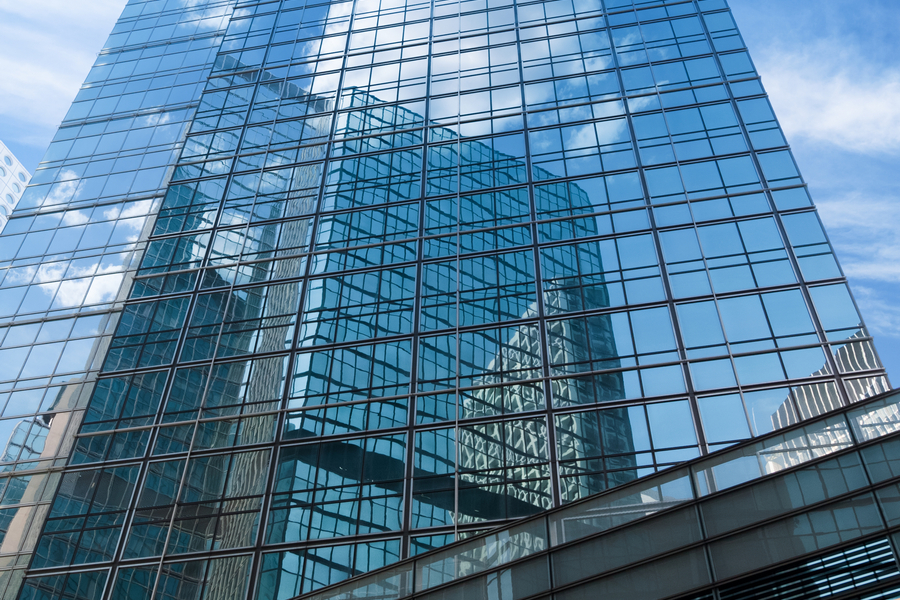 How do window films work? by Lindsay Appleton

Summertime is finally here… but while we all love a bit of sunshine, days like these can also create some unwelcome effects too. Why? Well the same sunlight through glass, on the buildings we live and work in, can also cause issues like unwanted glare on tv or computer screens, fading to furnishings or excess heat gain meaning we’re sat uncomfortably hot in the office or at home.

Sun control products are therefore important to alleviate these discomforts. Products like blinds and curtains are widely used to block glare or avoid heat gain, but they also block natural light coming into the room too. And we all want to enjoy the British sunshine when it does make an appearance… it’s a welcome change from the usual wet weather, especially for us northerners.

Window films are the secret weapon against unwanted side effects of the sun. The beauty of window film is that, often you can’t even see it, so you wouldn’t know it’s there. Yet it is something you should consider in order to get the most from your room.

But how do you choose the right film? First, you need to identify what is your biggest issue? Do you want a window film to help reduce solar heat gain primarily? Or is how it looks the most important factor? Do you want a metallic mirror film or a more neutral film on your glass?

Window films are packed with clever technology to help solve all your glazing issues. We’re going to go back to basics and explain how window films work, looking at the solar light spectrum and principles of film application. We’ll also help you to understand how and why certain films work better than others so you can be confident in your choice of solution, depending on what you need it to do.

What do the numbers mean?

Looking at each window film’s solar optical properties is the key to choosing the right film. But sometimes the numbers on the spec sheets can seem tricky to figure out. So, let’s try and help.

The solar spectrum covers all forms of energy from the sun. The part we can see is the ‘visible light’ between 370nm to 770nm containing all the colours of the spectrum, as shown here.

Windows allow views and natural light into a building, however sunlight also causes negative effects. Think of window film as a filter, that absorbs and reflects part of the solar energy, even UV and infrared parts. We can’t see this part of the spectrum, so it doesn’t impact how much visible light passes through the glass, but we can control how much of the damaging UV and IR pass through using a film.

Here’s our quick reference guide to working out how each window film will perform.

This indicates how light or how dark the film is, as the percentage of visible light that passes through the glass, into the building. The window film product code numbers represent the visible light transmission of each sun control film – the lower the number, the darker the film.

Visible light is also reflected off the interior surface of the window. A higher reflectance number means the window looks more like a mirror from the inside.

The exterior measurement is the amount of visible light that is reflected off the exterior surface of the window. The higher the number means the window looks more like a mirror from the outside.

External window films will reject more heat than internal films, therefore reducing the amount of absorption into the glass and heat through into the building. Standard metallic silver sun control films are one of the most effective at reflecting the sun’s rays, and therefore helping to avoid the issues of solar heat gain and glare on a window

All the energy and heat from the sun is either absorbed, transmitted or reflected through the glass. The part we are interested in for window film performance is the TSER; how much solar energy is reflected off the glass, not into the building.

All solar control films carry a TSER rating. This is the Total Solar Energy Rejected from a building, aka heat rejection. A higher TSER means it will reject more heat (and keep you cooler)

How well heat is kept out, the SHGC aka G Value indicates how much solar energy passes through the glass, as well as energy reradiated back into the room from the glass heating up when absorption is higher. A lower Solar Heat Gain Coefficient number represents how effective the film will be in rejecting solar energy and the less heat is let in.

The U Value is a great measurement to consider in the winter, when temperatures differ greatly between insider and outside. This is the amount of heat passing through the glass, a lower value indicates better insulation properties and resistant to heat loss.

The U value measures heat insulation. Check the winter U value to gives an accurate display of heat loss. The lower the number the less heat is lost.

So, how do you choose the right window film?

In order to get the right level of protection, the best place to start is to clearly understand what you want the window film to do. Solar control films are functional, and quite often not designed to be seen.

2. you have problems with glare?

3. Do you require a film to insulate?

4. Are you wanting to reduce fade?

Once you understand the main pain points, then you can begin to shortlist the right film by comparing the TSER, SHGC or U Value numbers.

Going back to the solar spectrum, VLT is important as this determines how much visible light is rejected and therefore how effective a film is for reducing heat gain. The lower the percentage, the darker the film. Appearance is another consideration when reviewing how the building will look from the outside with film application. If you are happy to rock the mirrored look then a metalized film could be for you?

Traditional silver films manage both light and heat very well. The metallised technology reflects the sun’s rays and heat to rejects excess light. The films also reduce glare and block almost the entire amount of UVA and UVB rays which are the main cause of fading and skin damage. Fade is not 100% preventable, but window film will certainly help slow fading to extend the lifetime of furniture, fittings and fabrics. Silver sun control window films are also typically cheaper, and widely used. They can be a perfect solution for many homes and businesses, where heat gain and glare are the biggest issues.

Whilst silver films are very effective, they do change the appearance of a building, making glass look dark and mirror like. There are a variety of light levels, and even colours within the silver window film range to suit requirements.

These metalised films can also block electromagnetic interference. The darker films such as Silver 20 can be one of the best interference blockers, as they contain the most metal blocking the most signals coming into a building. However, beware they will also compromise the phone and other signals going out of the building.

If you prefer a film with lower internal reflectance, one of the Night Vision range could be the perfect solution, as these obscure the view into the building when light levels change at night.

By pairing a mirrored exterior side with a more subtle interior side, dual-reflective films provide significant solar control while maintaining clear views to the outside after dark.

Night Vision films are often used to reclaim areas of the home, such as conservatories, where heat gain can be problematic in the summer months. Instead of blocking the light and view, application of a window film can be the perfect solution to reduce heat, glare and fading without darkening the view.

However, if you prefer a window film not to be seen, there are also neutral clear films available as an alternative. The market leading film is 3M Prestige. The films are completely clear, with a unique high visual light transmission, whilst offering unrivalled reflection and heat reduction.

The multi-layered film is unique as it uses its secret nanotechnology weapon to be spectrally selective. This means it rejects much more of the near infrared solar spectrum to perform better than any other clear sun control film. As the film is also metal free, there is no risk of corrosion and no radio or phone interference..

Due to the unique construction, Prestige Window Films even reflect proportionally more sun energy at high than at low solar altitude. This means maximum protection from heat in summer and hardly any noticeable reduction during the winter months.

summary, it is important to choose the right window film to resolve the problem at hand. It is therefore worth taking the time to identify the right film for the application. It is hoped this blog has gone someway to help you understand more about solar window films moving forward.

However, if you would like to discuss matters further or would like more information or a sample of any of the sun control window film range, please visit our website or call 01833 690305, one of the team will be able to help.

Sunshine doesn’t have to mean discomfort… who’d have known window films could be your secret weapon to keeping you cool this summer.